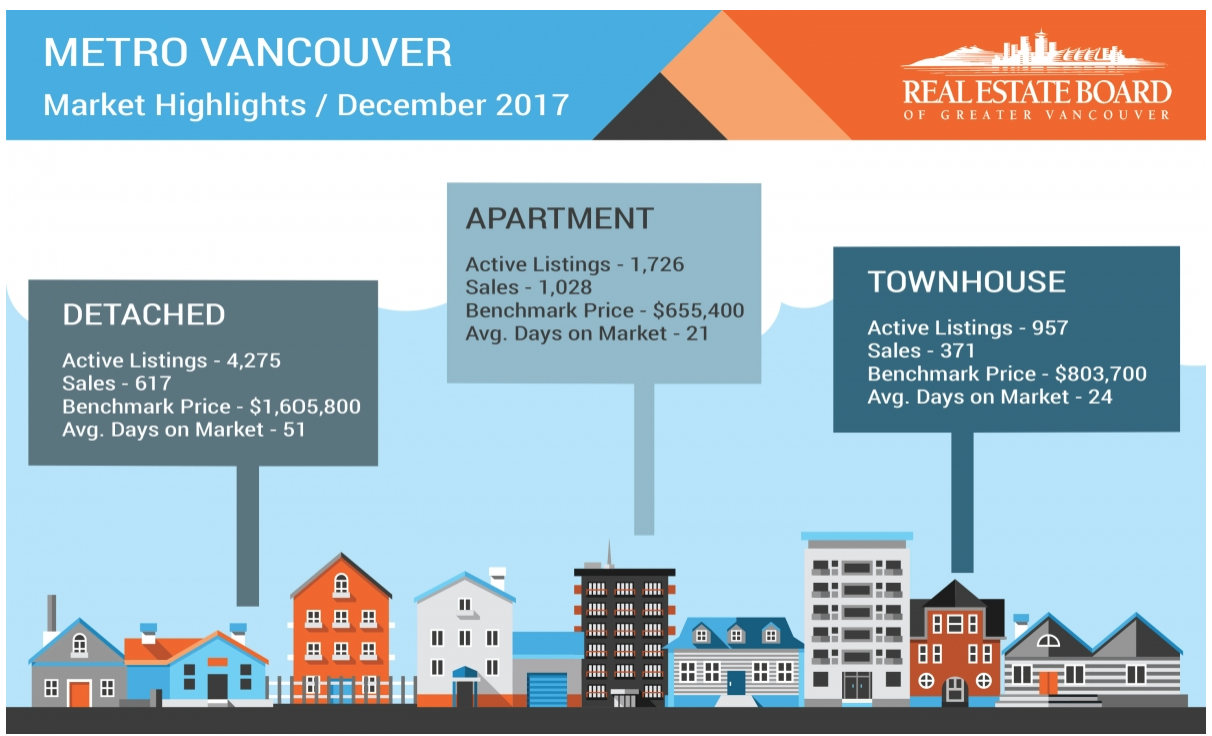 After reaching record levels in 2015 and 2016, Metro Vancouver home sales returned to more historically normal levels in 2017. Sales in December, however, still showed and increase of 17.6% over December 2016.

What does this all mean for 2018? We expect sales to follow more historical norms for 2018. New mortgage qualifications will impact some buyers and three consecutive increases from the Bank of Canada will have some effect as well, though only time will tell.

More importantly we await the NDP's Budget being revealed shortly and further down the road we will likely see some political changes at the civic level with forecasts predicting an NPA City Hall.

Benchmark prices still show increases all across the board despite political interventions and lending restrictions.

Again, I see overall listing inventory remains low and therefore Vancouver remains mostly a sellers market. How all of this affects you depends on your goals and needs. Buying? Selling? Or both? Let's discuss a strategy that suits you.

Chinese New Year is February 16, 2018. The Year of the Dog may be lucky for you. If you are thinking about listing, you will want to do it now. I also have a Mandarin & Cantonese speaking partner on my team.

Click below to read the full REBGV Press Release: